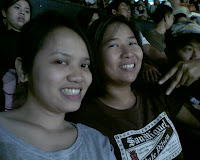 Purefoods and Ginebra won their respective series in the Quarterfinals sending Rain or Shine and Talk n Text home early in the competition. Both advanced to Semi-Final Round to face the Beermen and Aces respectively. 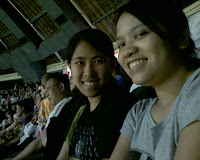 Later on, my favorite team, Purefoods showed why they're the Mighty Giants by taking down the top team Alaska Aces in the Finals and won the All-Filipino Cup Championship at 4-0 on March 3.
Ms Kris Aquino's hubby, James Yap won the MVP award for his offensive and defensive efforts as well as his leadership all throughout the series. 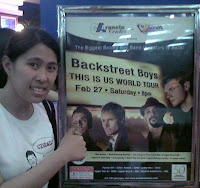 The last time i heard somebody screaming because of the Backstreet Boys was back in HS when they're still complete. They're a phenomenon back then, together with N' Sync, Westlife and many others...ahhh BOYBAND FEVER!
Karla's (aka G) cousin is an avid fan of this boy group. BSB's This Is Us is their 3rd concert in the Philippines and aside from they are now much older, Kevin wasn't a member of the group anymore. 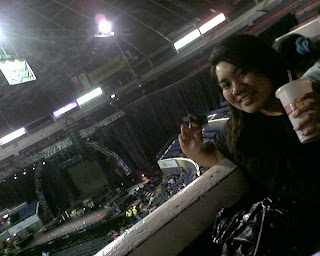 After long hours of falling in line, we got in by 7pm at last. Everybody got excited and started shouting when they finally appeared and sang their first song. Everybody's just rockin' the house until the end of the show!!! 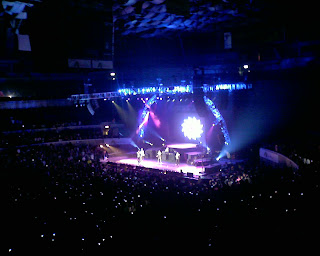