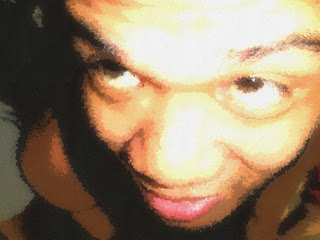 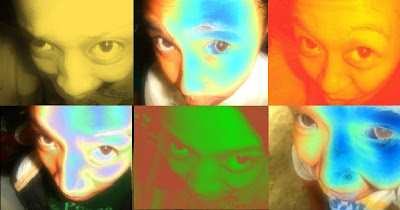 Posted by Bugzy's Journal at 9:25 AM No comments:
Labels: Photography

What I learn today: Fear

FEAR. Who doesn't have one? I have a long list of it; I'm afraid of slithering snakes as much as of being rejected. I fear the dead as much as the undead.I have barotrauma and I'm claustrophobic as well. I can barely breathe when I hear speedy cars or motorcycles on the street, I can't even move everytime I hear fire trucks racing towards a burning building, and the list go on.


But the one thing I fear the most and perhaps the greatest fear of humanity is losing someone we truly love. 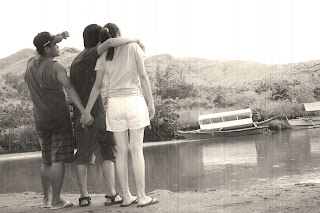 While “losing” doesn’t always mean “death”, it could also be by means of "separating ways" or let me just say “letting go” of the one you love just because they’re happier with somebody else. Mournful, yes?!

If you're approaching a stage like this, fear will suddenly flash into your head. You will start wondering if you will ever accept the fact that the beautiful moments you’ve shared together for a span of time will soon be left behind.

Thinking how one day your presence nor absence won’t bother your beloved anymore, how they would ignore you as if you never existed in their lives. Your dreams of having a future, growing old together fades away in a snap just because you can't stay beside them anymore. Itleaves you an awful, depressing feeling.

When a relationship hasn’t worked out how you always want it to be, you will end up letting go of each other and you start searching for your own “happiness” again. It is as simple as it may seem but have you ever experienced it?

Some couples who decides to separate somehow ends up as "being friends" but ending up as friends when you still love the other gives you a torturing pain. A pain that's surely unbearable, it challenges you inside-out. I realized, LOVE in some way, is deadly. It causes death to some people, others end up being single or having psychological problems. We fear love because we fear of losing it at the end.

There's is no such thing as one-way love and if you don't let go of that feeling wholeheartedly, obsession will confuse you of that feeling as true love. When you're done with a relationship, you must stop pretending you have already moved on because trying to convince yourself you're okay while at the back of your mind you’re still tightly holding on to that love is a dead end.

People make fun of those who committs suicide because of love calling them cowardly fools. But really, did you ever know the feeling of being dumped?

You wake up each day feeling lost, losing your sanity and have gone crazy. You go on through your day thinking nothing but your own selfish self. You stop trusting people. You start depriving yourself from others. You don't know what's the right thing to do or right emotion to feel anymore. You become sensitive and insensitive at the same time. You will hate the feeling of loving that person because the pain’s just killing you. It makes you furious and the madness in your heart leads you in doing things that will hurt those people who cares about you and you won’t realize it until you were slapped a thousand times. And guilt will just eat you up when you finally have a clearer vision of your self-inflicted destruction. You will never apprehend the situation… because you let yourself lose yourself...

Fear not and learn how to let go wholeheartedly because when you lose someone, it doesn't end there. It is a start of a new beginning! Think about your family, friends and a whole lot more opportunities out there waiting for you. =)

Posted by Bugzy's Journal at 11:07 AM No comments:
Labels: What I Learn 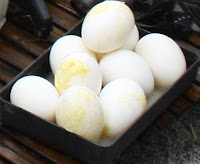 What's the story behind these eggs?! Hmmm...
These are miracle eggs...and i admire them. They climbed a mountain, crossed rivers, survived a life-threatening challenge and still, they stayed intact! would you believe?!


29th of August 2009, 8 days before my birthday, i, together with some friends went to Mt Pundaquit, Zambales with 'Lakbay' Mountaineers. We're 29. To reach Anawangin Cove, we have to trek the 400+ MASL (Meters Above Sea Level) high Mountain and cross a number of shallow rivers. 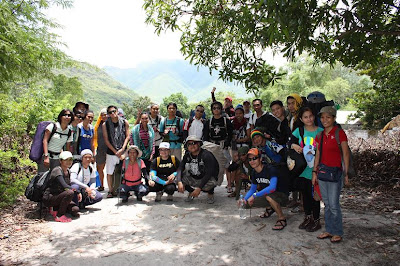 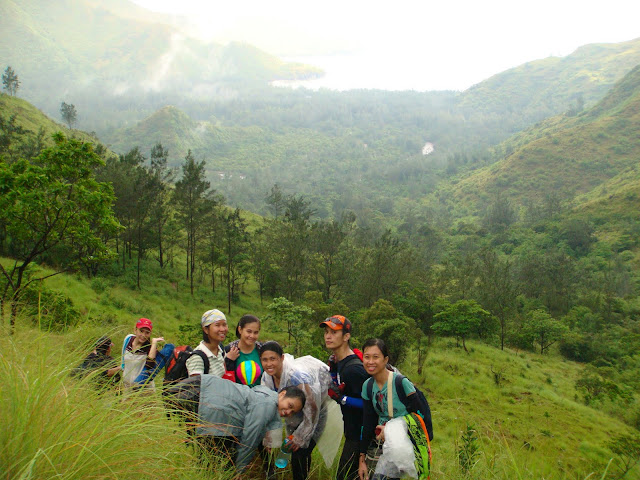 It took us almost 3hrs to reach the top because most of us were first-timers and junior climbers. The scenery on top was breathtaking and we can't believe we just reached a mountain peak! Going down is a bit faster but as dangerous as climbing. one bad step..you'll die. 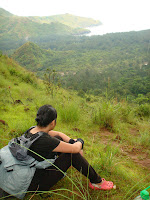 We still have to follow the trail and cross 2 more rivers to reach Anawangin's camp site but just a few minutes away from the river we have rested, the rain started to pour down real hard and the trail marks were washed off. 19 of us got stuck in an islet surrounded with swollen river (from 5pm to 9pm). Thunders rumbling, lightning's flashes with fury as it exposes the brownish water around us and to make it worst, the river starts rising beneath our feet! We began looking for higher grounds until we have nowhere to go. The pine trees were our last resort and i told my friends to climb those trees when the water reach our knees. Its the dead end and there's no phone signal. We're not just worried about ourselves, we also have thought about our groupmates, the two we're left on the other side waiting for the 8 people, who we believe, were still in the mountain.


We turned on our flashlights and desperately called for help... 1,2,3 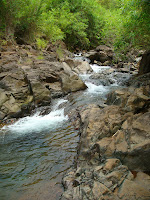 TULONG!!! (1,2,3 HELP!). While freezing under the rain, we silently prayed for God's miracle. And there is! 2 locals who were roaming around that night had heard and saw us. They came to rescue us while the water was subsiding. What a relief!
But we have yet to face another challenge, we have to cross a river with a strong under current. one by one, our guys helped the girls cross first. The 2nd river was more dangerous as it is a 3 1/2 ft high rushing water. We needed a rope to help each of us cross. Thank God we all made it!

there's always a rainbow after the rain! 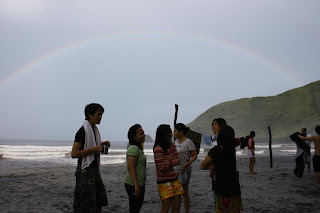 This trip is all but challenging. We slept in wet clothes because it rained again at 3am (Our tent was filled with water!). In the morning, we decided not to go to Capones island and just go home.

We chose to take the boat instead. We don't even want the thought of going back to Mt Pundaquit to trek again (I have blisters all over my feet!) Just about our boat took off, a smaller boat turned upside down and threw its 5 passengers including the boatman and a young kid into the furious waves. They have their life-jackets on but its a traumatic experience for sure. Luckily, they were all washed off to the shore safely.

@ 11am we're on the safer place. We all gathered together and start celebrating our 2nd life! 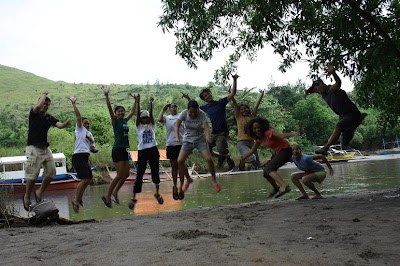 but unfortunately, the eggs that have survived the 5hr-trek and after the would-have-been-a-tragic-end-for-all-of-us survival test... we just ate them. But Its the most delicious scrambled eggs ever! =D

As Mang Toto says, you will learn a lot from mountain climbing. Its true! We have tons of realizations when we got home, while internalizing what just happened to us. The near-death experience! Its scary to think the "what ifs", it is somehow traumatic but it feels like we've lived to share this experience to others. To teach the lessons that we have learned to those who doesn't have faith and hope and to those who doesn't respect nature as well.
mountain view with the calm river 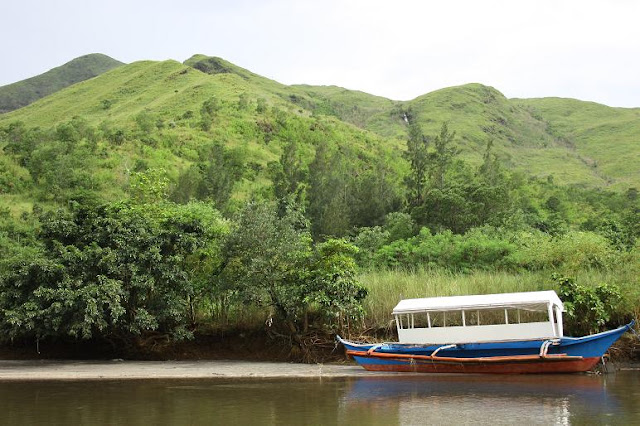 Sadly, we received a bad news from the locals that two mountaineers were missing and were feared dead. We're glad there were no casualties from our group and nobody suffered hypothermia.

Just a precaution to all climbers out there especially to beginners, as much as possible don't climb on bad weather and don't attempt to cross swollen rivers. It's not just safe!

Have faith and ask for God's guidance and He will protect you all the way. On every situation like this, it always has a purpose why it happens.
In behalf of MSI climbers, we would like to Thank: Mommy Su, F4, Teletubbies, Je, Mang Toto and Budz. Til we climb again! =)
Posted by Bugzy's Journal at 2:48 PM No comments:
Labels: Fun Activities, Mountain Climbing, Mt Pundaquit, North Luzon, Weekend Getaway, Zambales

We took advantage of the Holiday to tour around Bolinao. It took us 3hrs from Tayug (our hometown) to get there. Here's some pix of the beautiful views. ENJOY! =) 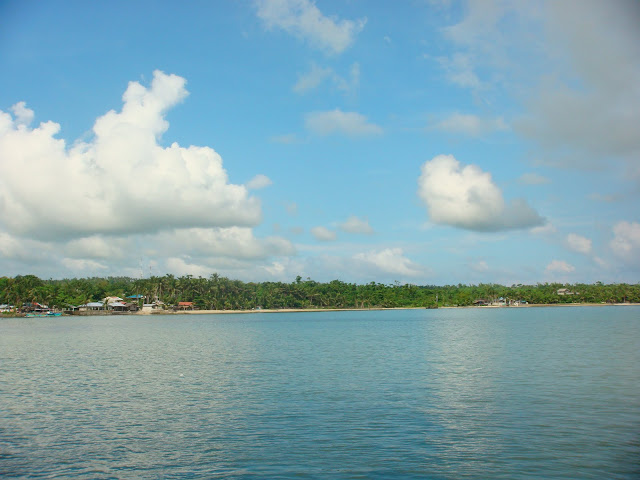 coconut trees on the way to enchanted cave 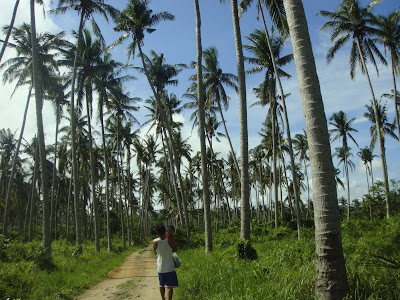 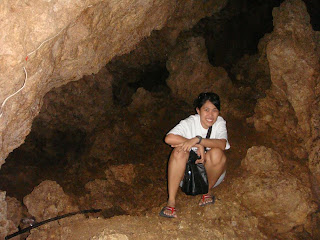 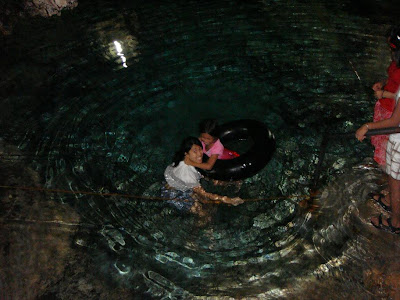 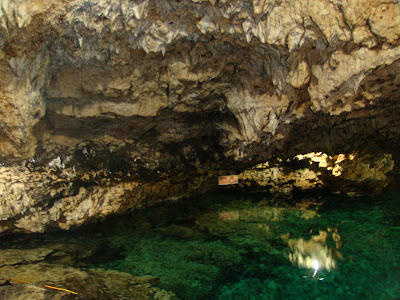 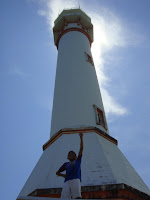 enjoy the view of the south china sea! 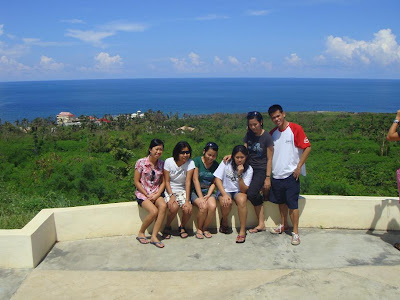 visit the giant clams and sea cucumber @ UP marine institute 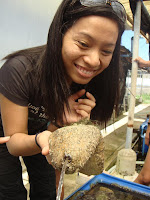 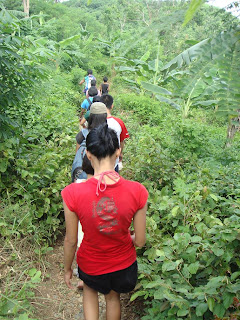 just be careful - its very slippery! 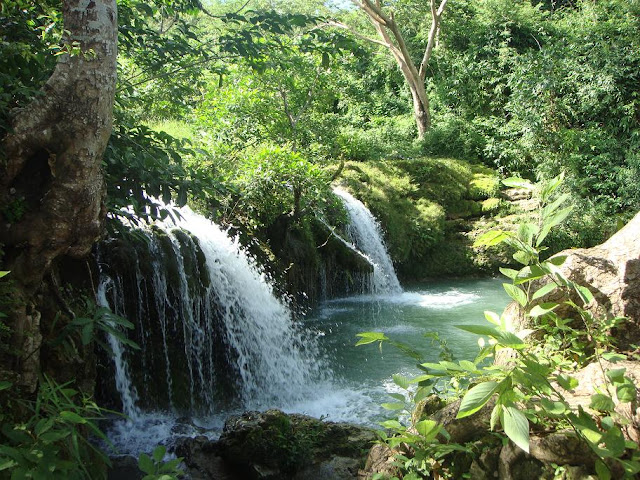 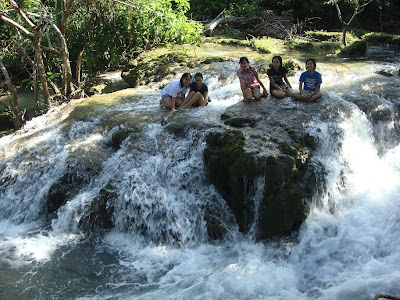 the virgin beach of brgy patar 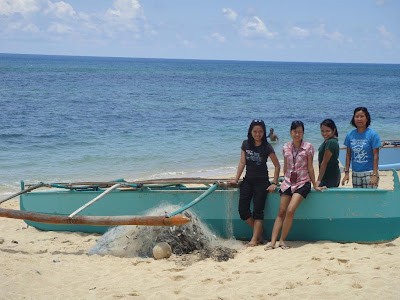 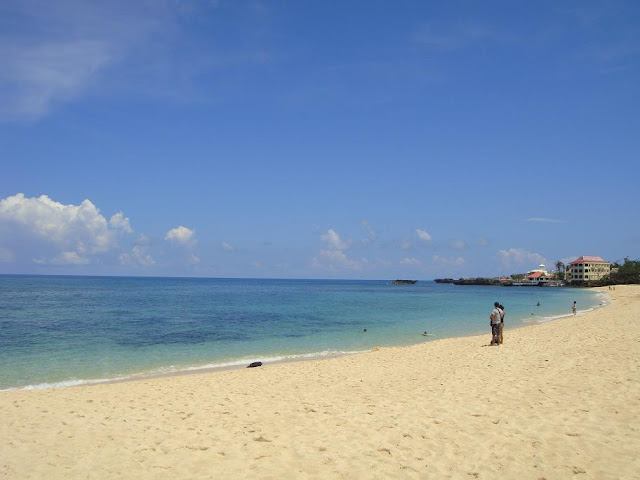