What I learn today: i love CHUCK!

"Love is what we live for" -Angelina Jolie

I'm not quite a fan of American TV series. Aside from CSI, Chuck is the only series i have enjoyed watching. I simply love Agent Charles and Sarah's tandem in saving the world from the baddies! Chuck's abilities especially beginning season3 is so cool! I also want to have that kind of extraordinary ability!


The casts we're all likeable but Morgan and Jeff, their physical

appearances are very annoying but eventhough Morgan's character seems to be a total jerk, he's the bestest friend our hero has ever had.

I find Chuck and Sarah's relationship very romantic. I love her gestures everytime Chuck's in danger. No matter how much she keeps her real feelings towards him a secret, its pretty obvious she's into him. The way she looks at him, the way she protects him and the way she kiss him! I simply fell inlove with the way their love story goes all throughout the series. 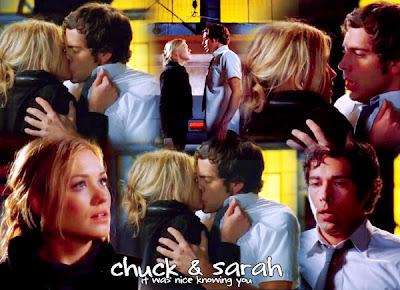 I just hate the notion that spies can never fall in love. They're not robots who doesn't have feelings but i understand why they have to control their emotions. One, to not compromise their covers and two, it's in the spy's rulebook! Poor Sarah and Chuck, they have to endure this dilemma for a long long time! and that's kind of rude. 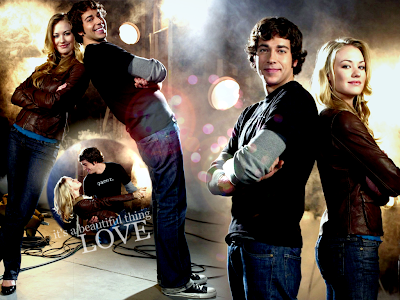 For now I want to enjoy each of its episode, can't wait to see them get married and leave their spy lives at the end. I hope the little General will free them from the spy world and let them be together forever!

Ooopppss missed him already, have to see Chuck now!!! =D


Update 04/30/11: Marathon on the first few episodes of Season 4. Chuck is getting handsome...errr!  Remember the Buy More being burnt down in Season 3? well, it was built back by CIA and te old, nasty buy more employees are also back in the scene. Jefster! Oh boy, can't wait to complete the season!